Rapping up the trip

here is my excuse:
I have been super busy since the last three days in Sendai. Very hectic time!!

But finally I have sometime to blog now. Here is quick update of my life.

Tohoku Celebration of Hope was totally blessed by our Great God.
First day, the attendance was very small due to heavy snow and the day being normal day. Frankly speaking, it was kinda disappointing. But, we saw people coming to Christ, which gives great excitement regardless of the number.
Saturday morning was so cool. One of our friend, who is on staff of the crusade graciously invited us to their morning devotion. There, Franklin Graham made very good comment on last night. He said something like, "it can be seen as small, but regardless the heavy snow, hundreds of people came and heard message. Moreover, we witnessed people coming to faith in Christ. And it was already second largest Christian event in Sendai, what more can we expect next two days.".
I know Franklin had been on stage before thousands or ten-thousands of people, yet he thanked and gave glory to God for the night. It was very humbling to me. 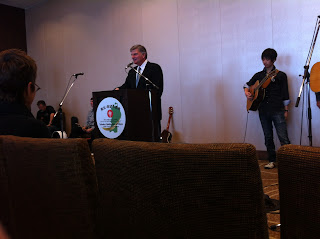 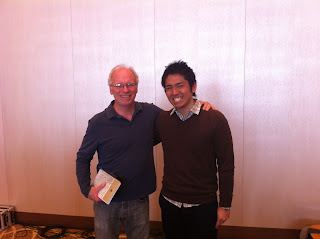 I also got to meet Bill Batstone, the legend of CCM!!!
God poured great blessing upon the next two days. We had seen hundreds of people responding to the invitation, lives being changed and smiles on their faces.

Oh, what did I do??
We were assigned to security, which means that we made sure no one without permission gets in regulated area and the guests are safe.
That also meant that we don't get to see the show on stage a lot since we are to be in back stage or ailes. But we had fun doing it and most importantly, it was simply blessing to just be albe to serve. 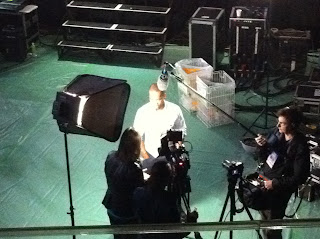 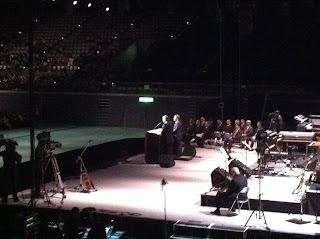 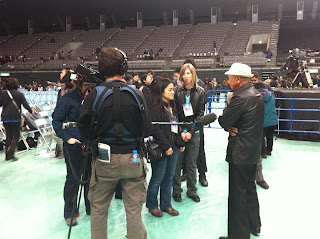 The bus driver of the PR bus came to received Christ!!
Our friend Yumi is interviewing him. 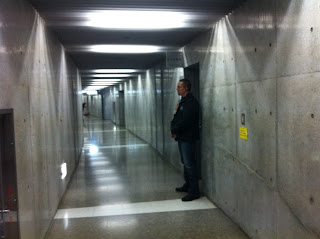 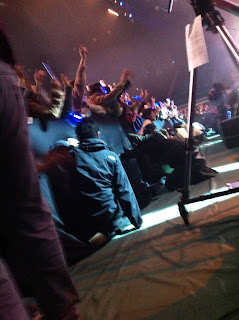 this is what we saw....
Over 13,000 people attended the event and more than 400 people committed their lives to Christ over the weekend. WOW!

We had fantastic experience in Sendai. The team from Virginia did great job serving the people there. They represented Christ in the way only God can take its glory.

What I thought after this weekend event was this,
This is just a starting point. I don't think the number is big enough in a sense.
We will see more and more come to Christ after this. This is just the igniter, the starting fire or the fuse for the larger fire that is about to come to the place.
Please pray for Tohoku and Japan.
They are planning to hold crusades in other major cities in Japan including Hiroshima and Tokyo.
I can't help expecting revival to happen in this nation.

Would you join me in prayer for Japan?
投稿者 Yasutomo 時刻: 8:50 PM