"I the LORD search the heart and examine the mind, to reward a man according to his conduct, according to what his deeds deserve."
Jeremiah 17:10

Well, I ended up buying nothing there, but the explanation they gave was really interesting.

The sales woman told us that poison in human body is hard to find but everyone, no exception, has it to some degree. And what matter is that weather we continue to stock the poison in the body or we get rid of it time to time, taking it out of the body.

Same can be said to a spiritual health. Sin is creepy. It often looks good in our eyes.
Remember the story that took place in garden of Eden. It is described (it's not a apple, we all know ) " the tree was good for food, and that it was a delight to the eyes". Then next moment you know, she took and eat it and so did Adam.
Not only they broke the order God had given to them, they didn't acknowledge their responsibility.

One sin leads to another. One compromise lead to another.
Take a look at life of Lot. He is one of the ultimate compromiser in the Bible.
Lived in wicked city Sodom, became the leader of the city somehow, living immoral lifestyle.

Are you getting weaker and weaker spiritually? Compromising things that you shouldn't?
The further you get from the Lord, the harder it becomes to go back to Him. 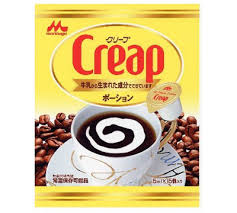 Sin is scary one, guys. Watch out!!!
Let us ask God to search and bring the light into my heart and make us pure!!
投稿者 Yasutomo 時刻: 12:17 AM