Many of you know that March 11th, just before 3pm, M9.0 earth quake struck Japan. 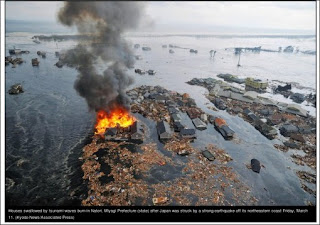 (taken from web)
Many of my friends kindly asked my if I were ok on facebook. I was very encouraged to see how much care I received. Thank You all!!
I was in Shinbashi area, right below of Tokyo St.. I was in basement of McDonald and the shock lasted for a few minutes. I stayed inside until things gets little more calm.
I went out and there were many people who did same.
There was a big screen by the large public square. There I first found how bad the earth quake was. There, I saw Tsunami destroying cities on live.
I was deeply hurt by seeing it happening, and couldn't believe it is happening in Japan..... 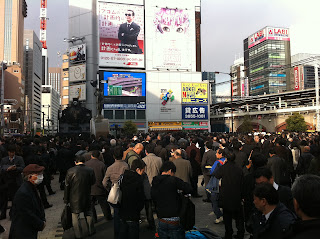 (taken by me)
There seemed no damage on buildings but all the trains are stopped which mean I lost the way to get back home.
I was hopeful at first, thinking that they will resume in a few hours. But around 7pm, they announced that they won't resume until next day.
So I had to find a place to stay over night.
I visited 24 hours cafes but they were all full. I saw people sitting on streets.
I was walking to find a place to take a rest for about 3~4 hours.
While I was walking, miraculously somehow a friend from high school messaged me through FaceBook(cell phone call didn't work at all) and we were able to meet and went my branch campus and took rest there for an hour.
After a while, few train lines were recovered and resumed. Fortunately, his apartment was near the one of the stations of the one of the few, so I was able to spend the night there without sleeping on the floor or street which many people did.
I truly thank God for His provision and that I was able to share the Gospel with him!!! 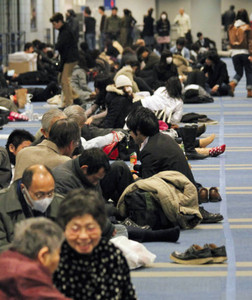 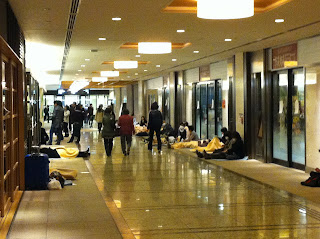 (taken by me)
Next morning, building in Tokyo.
Again, thank you for your prayer and concern. But Tokyo is located far from epicenter and where Tsunami hit. (about 180miles). So I think I am very fine, compared with people' concern. (I think in the states it is reported that all the Japan was damaged?)
Of course here I see many effects. Stores don't have any food because people surged and bought them all. 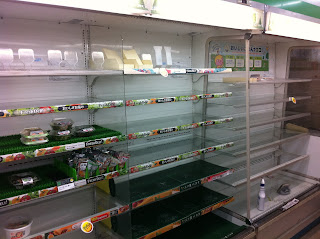 1. God's mercy toward those who lost families, friends and houses.. etc
2. Their needs will be met quickly.
3. Christians that are in the Tohoku area(where the damage is very serious) will shine God's light brightly in the darkness and be a good comforter.
4. Pray that awakening will take place in Japan. Many will come to know Jesus as their Savior and the Lord.
5. I will be bold to share my faith with non-believers around me.
6. God will give me power and vision to do something about this. (help with either human resources or financial support.)
７. God's glory will be revealed.

I really believe God is working in Japan where population of Christian is less than 1% of national population !!
I don't know how but my prayer is that I will participate in it.
in Grace 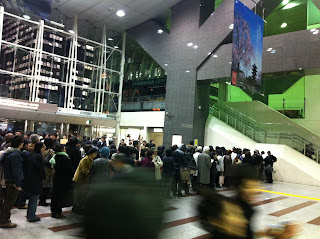 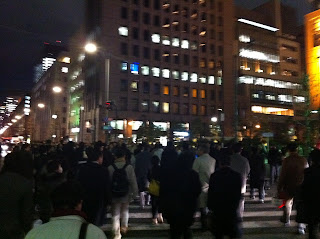